Learn about our Rebound to Resiliency capacity building program

There are now nationally a wide-range of public and private initiatives addressing nutrition:  childhood obesity, access to healthy foods, access to open space and safe places for kids to play and get exercise; nutrition and fitness education; farm to table programs; and new federal food mandates for school cafeterias to name a few. The Foundation will focus its efforts to address the critical nutrition issues through the following venues: Educational settings; Emergency food and Social Service Providers; Clinical and Health Care Providers; Food Access and Food Retail; and Community Health and Wellness Providers.

Letters of Intent for the Nutrition RFP should be submitted online.

The Foundation has released the findings of a study it commissioned to examine the issue of Teen Pregnancy in Salem County. The study examined the factors contributing to the high rate of teen pregnancy among Salem teens.

According to Centers for Disease Control and Prevention Director Thomas Frieden, “Teenage pregnancy really is the intergenerational transmission of poverty.” He added that lowering teenage pregnancy rates is “[o]ne of the things we can do that has the biggest impact in societal inequality.” (American Public Health Association’s annual conference).

The teen birth rate in Salem County continues to climb while the national average has begun to decrease.  Television, music, the Internet and other popular youth media tend to glamorize teens having sexual intercourse and teen parenting, but the reality is starkly different.  Having a child during the teen years carries high costs – emotionally, physically, and financially to the mother, father, child and community.  The Foundation seeks to reduce the teen birth rate in an attempt to break the cycle of teen pregnancy in Salem County by engaging community leaders, educators, service providers and parents.   We will promote community efforts that use evidenced-based programming in teen prevention.

Letters of Intent for the Teen Pregnancy RFP should be submitted online.

The foundation has several different funding programs. You are encouraged to review all material before applying to the foundation. If you have any questions, please call the foundation at (856) 299-4460. 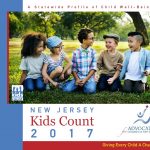 The Kids Count Report compares New Jersey’s 21 counties on 13 measures of child well-being, including child poverty, health, safety and education. The report can be used by nonprofits, local, county and state leaders, in their efforts to improve the well-being of all New Jersey children.

To receive our newsletter, please give us your
© 2021 Salem Health and Wellness Foundation